※この作品は、全て英語で書かれています。
The Komeito（“clean government”）party most certainly plays a vital role in Japanese politics. When contemplating present-day politics and forecasting the future, what the author takes most seriously into consideration are the activities of the Komeito Party and its supporting lay Buddhist organization, the Soka Gakkai. He could go so far as to say that as long as we observe the moves of Komeito and Soka Gakkai, we will understand political trends. His intention in this book is to analyze the party's official history, “The Fifty-year Chronicle of Komeito: With the People” in order to demonstrate the reality that Komeito members, adhering to worthy values, are greatly transforming the destiny of Japan and the world through their work in politics. 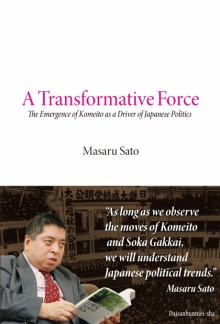 Chapter2 Komeito as a Party of the Masses

Chapter5 A Key Agent in Diplomacy

Chapter6 As a Party in Ruling Coalitions

Masaru Sato was born in 1960 in Tokyo,Japan. After graduating with a Master's Degree from Doshisha University Graduate School of Theology, he was hired as an officer in the Ministry of Foreign Affairs. He also served as senior analyst at the Embassy of Japan in Russia. In 2002, he was charged with malpractice and tortious obstruction. In June 2009, he was handed a probationary sentence, which was completed in June 2013.
He has authored numerous works, including "Self-destructing Empire," which won the Soichi Oya Nonfiction Prize, and "Trappings of National Power," which was awarded the Mainichi Publishing Special Culture Prize. He also wrote "Soka Gakkai and Pacifism,"(Asahi Shinsho,2014) and "Discussing the Soka Gakkai," which he cowrote with Mikio Matsuoka,(Daisanbunmei-sha,2015). He is the recipient of the 10th Ango Award. "A Transformative Force：The Emergence of Komeito as a Driver of Japanese Politics" is his first work to be published in English. 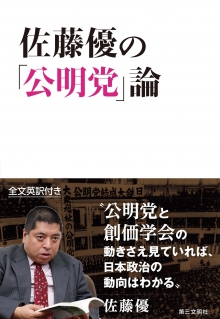 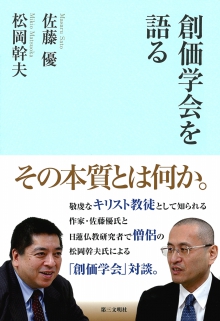